Top 10 Trends in the Rail and Railway Industry 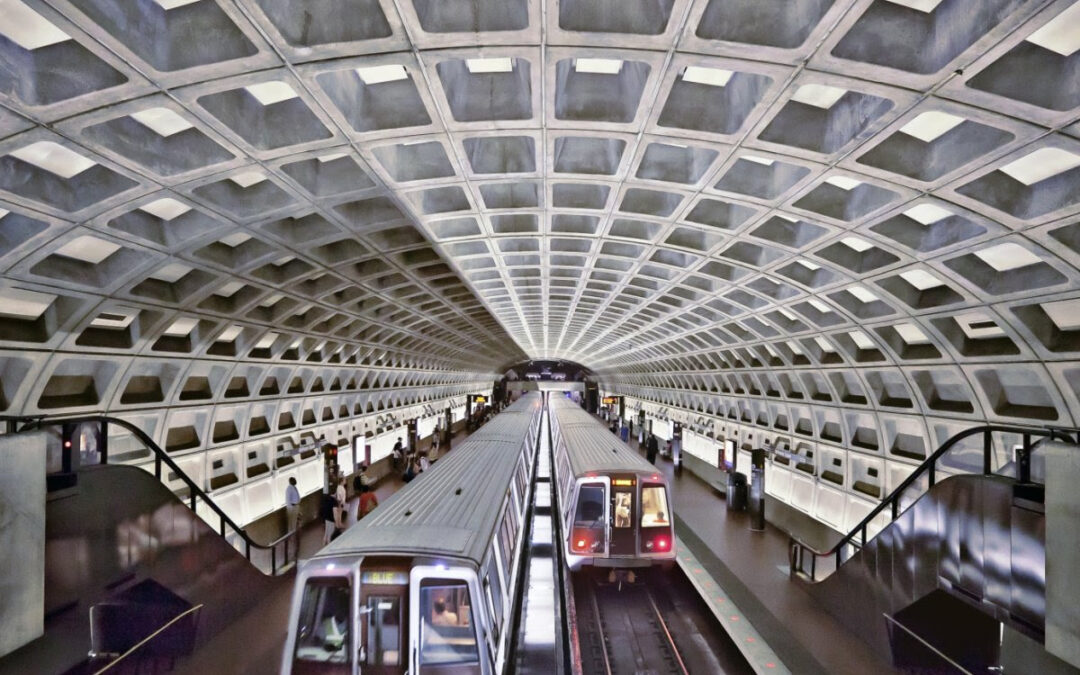 The rail and railway industry has undergone massive advancements. In essence, the industry has seen a sporadic sprout and inception of digital technologies, original equipment manufactures, and business models amidst the ever-changing customer demands, market liberalizations, and rivalry from other modes of transportation.

The advent of the Coronavirus disease made the post-COVID-19 period an era where the rail and railway sector could either see a gradual decline or use significant profit margins as it flourishes. Even though this period has presented a mixed bag for the industry, the trends only indicate that the months ahead will yield promising results.

In essence, both startups and established firms in the rail and railway sectors have advanced autonomous systems to enhance the operational efficiency, reliability, and effectiveness of the world’s railway structures.

From the adoption of artificial intelligence and the Internet of Things (IoT) to the incorporation of connectivity innovations and the strive to reduce the amounts of greenhouse gas emissions to the atmosphere, here are the top ten trends in the rail and railway industry:

1. Industry Consolidation resulting from an increase in M&A activities

Indeed, consolidation is taking place in a wide variety of industries. Therefore, it is no surprise that we see such a phenomenon taking place in railway industry trends. This rail industry element is an element that started before the recent pandemic. Still, it is likely to accelerate over the next few years due to the need to gain more knowledge, value, and transportation-specific assets under several rail transportation houses.

Consolidation has emerged as a major trend in the rail and railway industry since 2015. In 2018, Hitachi, a Japanese multinational with heavy investments in the railway industry, increased its stake in Ansaldo STS, an Italian railway transportation service company, by 31.79% to an aggregate stake of over 85%. Similarly, Skoda Transportation Group bought 25% of Transtech, a Finland-based tram, electrical units, and carriages manufacturer. There’s a tendency that mergers and acquisitions will emerge as the new-normal moving forward.

Stakeholders in the rail and railway industry have realized that their operations, interests, and innovations will be successful by adopting horizontally or vertically integrated supply chains rather than strategies that promote a fragmented value chain. In essence, companies in the industry have taken advantage of M&A activities to harmonize and standardize their asset platforms while optimizing their supply chains.

Autonomous trains have emerged as effective innovations to enhance city utilization, and reliability, in the rail industry. In essence, innovations like real-time data transmission systems and advanced sensor technology have made autonomous trains a great possibility.

Stakeholders in the railway industry have adopted automatic train control systems to enhance the flow of technical information while minimizing technical errors and instilling confidence among passengers. For instance, the modern rail system has resorted to automated innovativeness to take control of emergencies.

3. The Internet of Things (IoT) in the Rail Transportation Industry

The industry has adopted IoTs to enhance the reliability and safety levels of the railway infrastructure. IoT analytics have enabled stakeholders in the industry to embrace data-driven operations for fleet control and foster rail operational efficiency. Similarly, data-driven monitoring systems have helped train operators to reduce delays by tracking system failures.

4. High-speed rails in the Rail Industry

Speed has remained a crucial issue for the global rail and railway industry. The High Speed 2 (HS2) project in the UK laid a great foundation for high-speed railway systems. Other European economies like Denmark have followed the same mechanism to adopt their first high-speed railway infrastructure. It is expected that global economies will embrace this trend moving forward.

5. Artificial Intelligence in the Rail Industry

Artificial intelligence has emerged as the new order in the rail and railway sectors. From emergency notification and asset management to predictive maintenance, AI is the way to go. The emergence of startups like The Train Brain (Sweden) has helped stakeholders in the industry incorporate AI models like neural networks, deep learning algorithms, and GPS data to minimize delays and enhance train scheduling operations. The future in the rail and railway industry remains bright as stakeholders grip AI innovations to initiate data-driven traffic planning.

6. Decarbonization in the Rail Transporation

The rail and railway sectors are playing an active role in decarbonizing our cities as it offloads the long-standing climate change blames. Both train operators and railway infrastructure managers have sought and implemented energy-saving strategies.

For instance, long-distance operators like Poland-based PKP Intercity installed over 350 energy meters on their trains. Still, other carriers have resorted to the use of renewable energy. For instance, Wien Hauptbahnhof, Vienna’s main train station, has laid plans to install its heating facilities with geothermal systems.

Train stations in key economies have made massive leaps in their efforts of increasing their green energy investments as they rush to meet the requirements to decarbonize the European Union‘s railway sector by 2050. For instance, ProRail, a Dutch railway infrastructure manager, has started its solar installation mission at train stations to double the volume of green energy used. However, the rail and railway sector in Europe will have to do a lot to meet this ambitious goal as other continents replicate the strategies that they have used.

7. Increased Connectivity in The Rail Industry

The industry has exploited avenues that will enhance reliability and high performance through efficient connectivity. Today, the rail and railway sectors are steadily implementing modern mobile communication systems and low-latency communications to foster inter-partner connectivity.

Stakeholders in the rail and railway industry have made great efforts to enhance their customer experiences. Today, trail hotel experiences, automatic ticketing, and video surveillance activities have taken center stage in the industry. Video surveillance devices have not only helped in optimizing passenger load in trains but also theft detection.

Similarly, the industry has taken advantage of mobile applications to automate price comparison and issuance of tickets. Stakeholders have taken advantage of boarding innovations to streamline their last-booking operations, seat assignment, and identification control.

This trend will matter more in the rail industry as the industry continues to adopt more sustainability elements as it moves forward. Recall that consumer experiences in the rail transportation industry will matter based on direct experiences while using these rail services. At the same time, the consumer experiences related to the rail transportation industry will also count on larger matters that focus on sustainability, efficiency, and overall effectiveness.

Companies have deployed smart sensors to gather and analyze millions of data sets to enhance the safety and reliability levels of the railway infrastructure. Big data innovations have presented the stakeholders in this industry to predict operational failures and schedule the necessary repairs.

Big data analytics within the rail sector will help to improve the rail network and general transportation in several ways. Indeed, more data and technology can bring about more improved options in expansion, current operations, and how the transportation sector looks at infrastructure in railroads.

10. Cybersecurity Advancements in the Rail Industry

Digital advancements in the rail and railway sector have allowed companies to implement futuristic approaches in their predictive maintenance operations by investing in platforms that allow for real-time data collection and analysis.

The results obtained in these systems play a great role in revealing the chances that a particular plan will face operational failures. In this case, sensors send the required pieces of data back to the central control system that tracks the suitability of the train (or other movable railway systems) to perform the assigned roles.

The rail and railway industry has adopted a transformational gear o enhance its consumer experiences while reducing the associated costs of operation. there’s a tendency that the industry will adopt a more innovative viewpoint as we move towards 2050.

Like other sectors, the rail and railway industry considers mergers and acquisitions as the most effective strategies to transform, consolidate, and grow their operations. At the moment, it is only fair to adopt the wait-and-see attitude as things take shape in the industry.

These are a few of the many compelling trends taking place within the transportation and railroads segment. From added technologies to safety measures, to demand, research, and maintenance as well as innovation,

It is an important part of the transportation infrastructure and is likely to stay relevant over the next few decades as it continues to grow at a modest rate.

No comments to show.